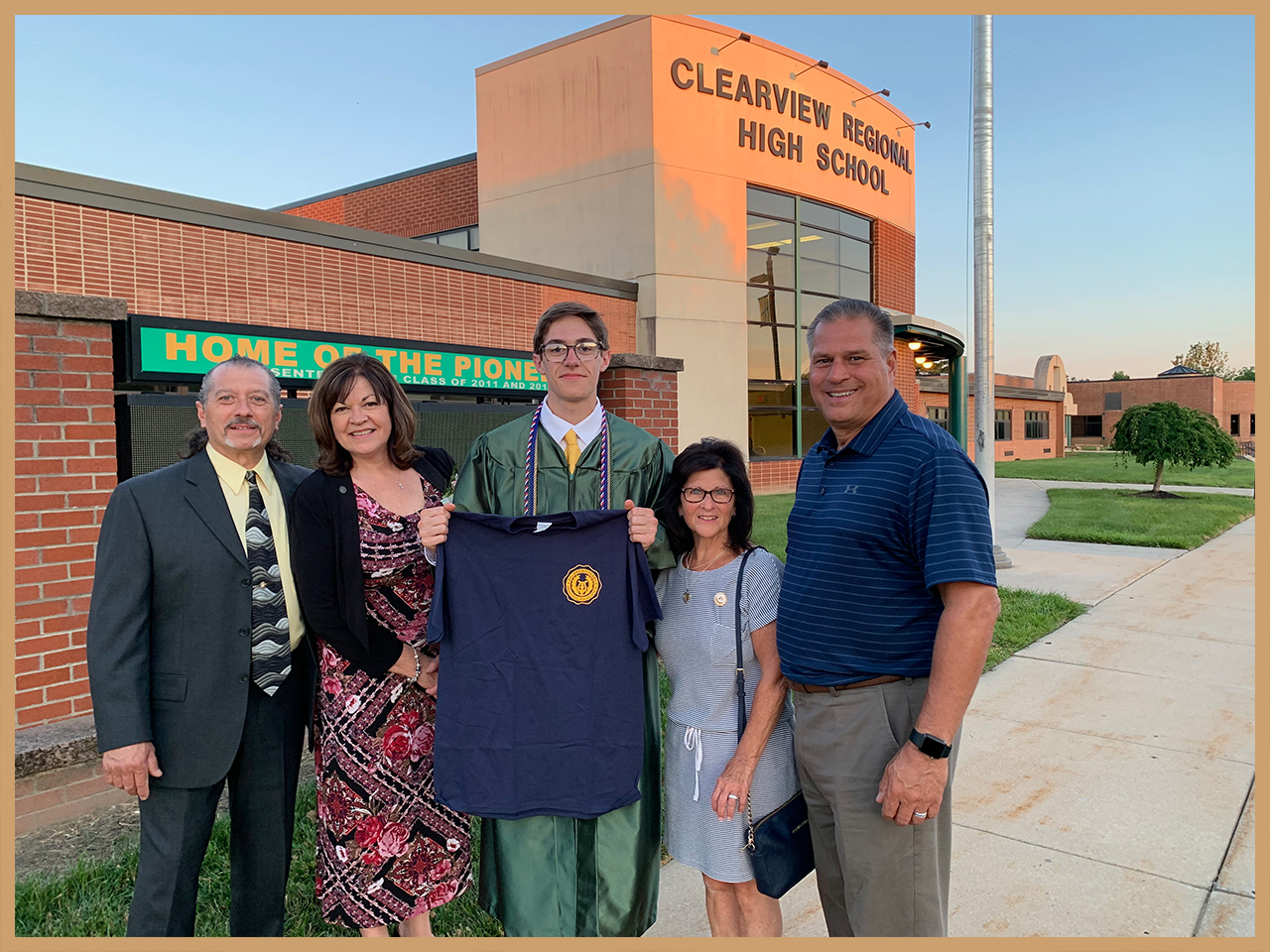 June 23, 2021—The Board of the Palandro-Ferry Memorial Foundation is pleased to announce that it has established an annual endowment to honor the late Denny Palandro, Jr. at his alma mater, Clearview Regional High School in Mullica, Hill, NJ.  Palandro was killed in a tragic auto accident on January 2, 2019.  A 2005 graduate of Clearview, he was an accomplished hockey player during his four years there.  He was also a member of the Philadelphia Mummers South Philadelphia String Band, where his father – Denny, Sr. – is Captain of the Band.

The presentation was made at Clearview on Thursday, June 17 by Denny, Jr.’s parents, Jeanne and Denny, Sr.  This year’s $1,000 award was given to 18-year-old graduating senior Jake Nole. He was chosen based on his academic and sports achievements, following in Denny Jr.’s footsteps as a member of Clearview’s hockey team. Nole was also a member of the National Honor Society and is an Eagle Scout. This fall, he will be attending Liberty University in Virginia where he plans to study communications, while also continuing to play hockey.

For further information about the Foundation’s mission and activities, or to make a contribution, visit palandroferryfoundation.org.